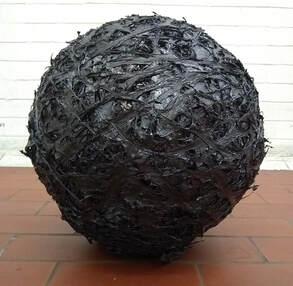 Curatorial Statement:
“It is the job of artists to open doors and invite in prophesies, the unknown , the unfamiliar; it’s where their work comes from, although its arrival signals the beginning of the long disciplined process of making it their own. Scientists too, as J. Robert Oppenheimer once remarked, “live always at the ‘edge of mystery’ — the boundary of the unknown.” But they transform the unknown into the known, haul it in like fishermen; artists get you out into that dark sea.”
Rebecca Solnit, A Field Guide to Getting Lost. 2005
Photography has deep ties to the scientific community. The Photography Department at San Jose State University is still housed in Carl D. Duncan Hall of Science. On the fourth floor you can develop film, and on the fifth explore the anatomy of taxidermied creatures. For years, photography was used as a form of documentation; technique was paramount. In the late 1930s Ansel Adams and Fred Archer created the Zone System, a photographic technique to find the optimal film exposure and development creating a standard for “correctly exposed” photographs.
Some artists do not adhere to the rules. Eadweard Muybridge had a flair for combining technological and scientific analysis with artistic vision. In the 1880s, he captured animal locomotion by using multiple cameras to create stop-motion images of horses galloping, an ostrich running, trotting pigs, a man leaping and a woman rudely being doused in water. This led to his zoopraxiscope a precursor to modern cinematography.
Much like Muybridge, the artists in this show take elements of photography and make it their own. In Dan Herrera’s, Están de una Herencia Extraña, he connects a lens to a scanner to capture the movements of a man. It is a wonderful, strange reference to Muybridge’s early work. Herrera also works with early photographic processes like cyanotype, Lumen, and gum bichromate. Lumen prints are cameraless. They are like the early photographic process of photograms where one lays objects on light- sensitive paper and the shadow of the object illuminates from the paper. Amy Hibbs’ technique of “Compost Printing” is akin to the photogram process. Just like the sun’s energy burns the shadow of an image, Hibbs’ composting materials etch the paper leaving marks, making apparent that both these processes are part of the same cycle of life. Hibbs also works with cyanotypes, focusing her lens on yard waste piles growing in suburban landscapes like monsters out of the manicured lawns. Centa Schumacher builds her own lenses, layering multiple planes of glass and adding crystals. She seeks out light like an explorer. In her work, I see the world as I did at nine, sideways through blades of grass and the dappled light of leaves. Kim Acebo Arteche taps into her childhood memories, playing with pixelated imagery on intricate Jacquard Weavings. Angela Kahoali’i Casagrande’s graphoscopes are meant to be held and intimately peered inside. They reference childhood memories, symbols and feel dream-like, familiar yet uncanny. Joshua Solis’ work with VHS tape is also uncanny. The inky, melted VHS that creates a ball in 25 Horror Movies, feels strangely connected to every moment of anticipation and fear I felt waiting for the monster to arise from the lagoon or jump from the darkness. Solis’ work is also humorous. In the Land of the Dreams, he sets his camera on a tripod to capture a moving picture of himself slogging through muck and mud losing a shoe, sinking thigh deep before finally pulling himself off the frame on his belly. The humor is in the futility and the beauty in the tactility. Sean Healy’s work reads like a book on a wall. Nothing is face value and you are left to explore the meaning of his political statements, humor and titles. His photographs, although they look straight forward are highly constructed and digitally manipulated. Every detail contributes to the whole, the layout, the gold frames; the story reads. Now we have come full circle, back to Herrera’s work. The highly constructed nature of his gum bichromate prints. The painstaking process of building a miniature set, photographing live models, and creating large digital negatives to place layer upon layer of color meticulously.
The connection of these artists lie in their curiosity to explore new techniques. Not confined to one method of photography, they sometimes combine, sometimes omit elements, and other times completely invent their own methods. New technologies combine with old processes, always creating something new, something unique, something that gets “ you out into that dark sea”.